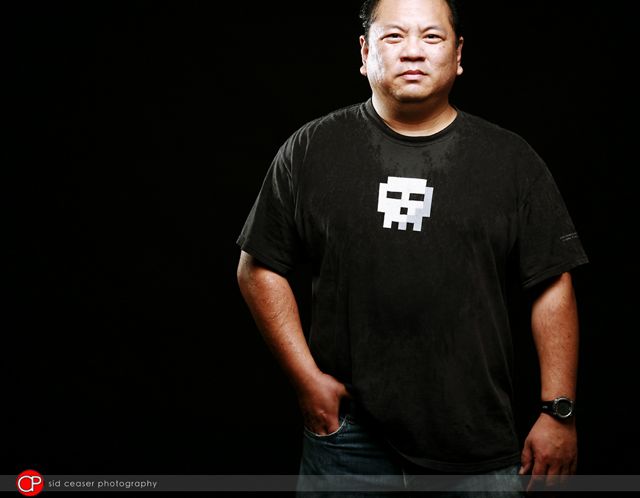 David was an obvious first choice for bringing onto the front page. His avatar is littered across the 9rules forums and his presence is almost omniscient. David is most famous for his printable CEO series and overall “go to” guy for getting life organized.

An interview with David Seah, as told to Jayvee Fernandez

Do you have a hard time explaining to family what exactly you do for a living?
I have a hard time explaining what I do for a living to MYSELF 🙂 It is easy to rattle off the aspects that are must understandable: I’m a graphic designer, an interactive designer, a community enabler, a creative consultant, a writer, and a sounding board. I also sometimes call myself an “investigative designer”, which describes my approach to design. Some people get it, others don’t. Lately, though, I have come to think of what I do as creating tools and materials to help get started in a number of endeavors. So maybe “tool designer for creative thinkers” is what I do now. I’ll have to run it by the family and see if they get it.

Do you live by the paradigm that it doesn’t matter if the room is messy, what matters is that you can find stuff? So is getting organized relative?
I think I do live by that. Organization is a means toward an end, so it can be evaluated relative to that. It gets tricky when determining just who is doing the evaluation. If it’s yourself, then you might be OK with a mess, unless there is some part of you that feels guilty about not being more organized or feeling it is a reflection of poor character. Or, it might be someone else who’s setting the standard of organization, and it’s your job to adhere to it. In my case, I largely freelance, so it’s up to me to determine the level of organization I need. In general, though, I am pretty messy.

Narrate one life changing experience that made you who you are today.
After getting a masters degree in Electrical Engineering, I decided that I wasn’t cut out for engineering. I’d been making graphics for shareware computer games and was a computer graphics forum consultant on America Online’s Apple II and PC Graphics forum, so I thought maybe I could get some education in art and round myself out as a technical/artistic person. So I applied to an art school, eventually earning a masters degree in Fine Art Computer Graphics Design back in the mid 90s. That was a big switch, and it took years for me even afterwards for me to feel that I even understood what it meant to be an artist. But having made that transition, I’m able to see both the artistic and technical side of a given problem. Since then, I’ve been conscious of opportunities that could round my capabilities further.

What do you think of Bob Dylan?
I don’t really identify with music or bands. I attribute this to not being able to hear lyrics; for some reason, my language processing center shuts down and I hear the human voice primarily as an instrument. So, I miss out on a lot of great songwriting and instead tend to notice the musical arrangement. So what do I think of Bob Dylan? I have no opinion, other than recognizing that he is a renowned singer/songwriter, and he apparently once dated Mavis Staples.

If everything you had was washed away, how would you start over? Would you be doing the exact same thing?The friends and family network would come into play. I probably would crash with a friend and then start hawking the skills I have now. I would likely write about the experience on my blog, describing the steps I’m going through to rebuild from scratch, presuming that I can get access to a computer (perhaps the library). I probably would be looking for some kind of job, which is different from what I have now, in another city.

What’s the best blogging snack? (I personally like Cheetos)
I like those cracker nuts, pistachios, and peanut m&ms. They have lasting snacking power and make noise, are relatively clean, and can be savored longer as you type.