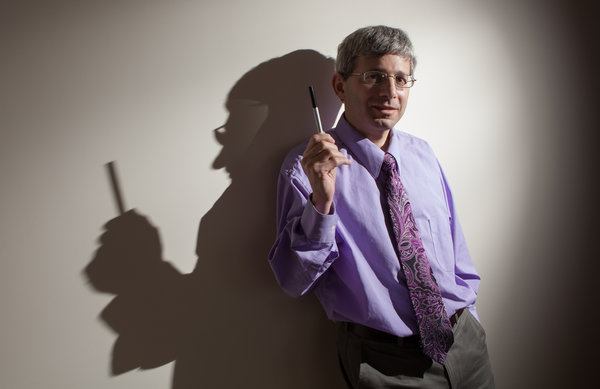 In recent years we’ve seen the upward trend of anti-smoking ad campaigns. Medical professionals and health care providers have joined in a big push to get people to stop smoking.

Because of the social pressure to reduce the number of smoking habits, it might seem odd that there’s been a surge in people who’ve turned to electronic cigarettes, or e-cigs as they’re commonly called. However, we can recognize at least three substantial reasons why the e-cig market is growing and thriving.

For the common pack-a-day smoker, buying cigarettes can become very costly very fast, sometimes running to hundreds of dollars a month. While the start-up kit for most e-cigs represents a bigger investment than a pack of cigarettes, over the long run it can save a regular smoker hundreds, if not thousands, of dollars.

As ABC News reported, a typical smoker can save an estimated $400 per year by switching from regular cigarettes to “vaping” (the term commonly used to describe smoking an e-cig).

Some satisfied e-cig customers, such as self-described “vaping jedi” Christopher Malphrus have stated that electronic cigarettes might be one of the best ways to stop smoking. Because of the user’s ability to regulate how much nicotine is being taken in through an e-cig, he or she can slowly but steadily cut back until the person is free from a nicotine addiction.

While the FDA has said there are still some harmful chemicals in e-cigs, it seems that they occur at vastly lower levels than in standard smokes. A 2013 study in the Journal of Tobacco Control found that the levels of the harmful chemicals the FDA has said are present in e-cigs can be measured at levels up to 450 times higher in regular cigarettes.

In addition to carrying significantly lower amounts of harmful chemicals that are present in traditional cigarettes, e-cigs also lack many of the harmful ingredients altogether. The most obvious one that users tend to notice is tobacco.

Because e-cigs are designed simply to provide a vaporized form of nicotine, there’s actually no smoke involved at all. The products are entirely vapor based — similar to the contents of the air in a steam room or hot shower — so there is also no tar or carbon dioxide involved in using e-cigs.

While the studies that have been conducted have not yet been large enough to generate “verifiable” data, it many users of e-cigs have been generally happy with what they report as improved health effects after switching away from regular cigarettes.

One thing is clear when it comes to electronic cigarettes: Since their invention and patent grant in 2003, they’ve steadily risen in usage and popularity. Whether you see someone vaping as you walk down the street, pass a kiosk in the mall, or hear ongoing debates about them on the news, e-cigs appear to be a enjoying a rising trend that won’t be ending anytime soon.

A Hot Debate Over E-Cigarettes as a Path to Tobacco, or From It