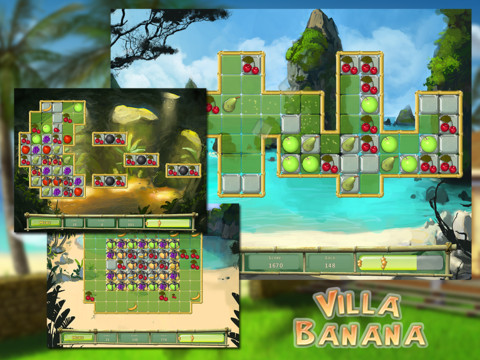 I also like puzzles that are a little more portable. They’re a great way for your mind to relax, think about something other than our stressors, and exercise your brain power.

I first started doing sudoku puzzles when I was in high school. My statistics teacher posted the directions on the board and had us pick up the puzzle after we finished a test. It was a way to keep us quiet — but I fell in love with the game.

A sudoku puzzle consists of a grid of 3×3 squares. Inside each square is a smaller 3×3 grid. Each small grid, horizontal line, and vertical line has 9 boxes. In these boxes, the numerals 1-9 must be placed. Some of the numbers will already be filled in, and it’s up to the player to work around those numbers.

There can be no repeats, and each number fits correctly in only one place. The games are easily accessible and portable: there are many pocket-sized suduko books, free apps, and puzzles in many newspapers.

This ancient tile game comes pre-loaded on most computers. Each tile has a symbol, and the goal of the game is to eliminate tiles by matching them.

On the computerized version, you just click on the two matching tiles. But only certain tiles are considered “open” or “fair game.” The way they’re arranged makes the game more or less difficult, and the strategy comes in near the end of the game. At that point, you have to decide strategically which tiles to eliminate in order to “open” other tiles so you can eliminate every pair.

The most famous of these games is the New York Times’ Sunday Crossword. It’s notoriously difficult, but there are other crosswords all over. Many appear in papers, online, and on phone apps.

They’re great for building knowledge about a variety of subjects, but there are other ways to approach them. For example, I go through and input the answers I know off the top of my head. From there I use what I know about words and language and how letters are usually assembled to give myself more hints; in conjunction with the clues, I can figure out even more words.

When I worked as a tutor, I used many crosswords as study tools and my students really loved them. Think the information in the crosswords isn’t something you will know? There are a lot of crosswords on a variety of subjects: some are about pop culture, history, or any number of themes.

This game is played by arranging chunks of blocks. The blocks come in a variety of shapes that can be turned. The point? Move the blocks around so they fill an entire row across the board. When that happens, the row disappears.

If you can’t get the rows to disappear and your block fills up, the game ends. This game is famous. It was even used in a recent car commercial to show how much storage capacity the car has.

As the game goes on, the tiles fill more quickly, which makes arranging them more difficult. There doesn’t seem to be any way to win the game; you just play as long as you can hold out.

This board game is great for people who are interested in relaxing with another person. It’s a simple concept. Each player receives tiles with letters on them. Each letter has a different point value, and the players arranges tiles on the board to make words, and add up the points.

There are digital versions of the game, most notably “Words With Friends,” in which a player can either play users he or she knows in real life or go against a random opponent assigned by the game. It doesn’t have to be continuous play. Each user can take a turn whenever she has a moment.