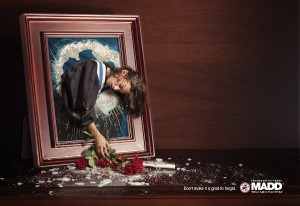 Summer is made for parties, barbecues, and trips to the lake with friends. That means that this summer, thousands of drivers will get behind the wheel after drinking too much, and place not only themselves in danger but the people around them as well.

In an effort to keep people safer this year, states are turning to new efforts to prevent drunk driving, and enlisting the help of technology to do so. Many organizations are currently working to put an end to drunk driving, mainly through education.

Beginning in schools, they give people the tools to make smart decisions with regard to underage drinking, parties, and choosing to drive after drinking. Some tools and tips they promote include:

Select a designated driver or plan to stay overnight at someone’s house if you’re going out drinking with friends.

Don’t just be aware of how much you can handle but know how to say no to people if they try to get you to drink beyond the point where you feel safe.

Plenty of taxi cab and towing services offer free rides to people in order to keep drunk drivers off the road. Even if you have to pay for a cab ride home or wherever you need to go, that’s a lot cheaper than the cost of a DUI and possibly damaging your car or hurting yourself or others.

Couple that with the fact that typically more than 1.5 million intoxicated people get behind the wheel in the United States every year, and that’s an awful lot of people who aren’t learning their lesson. In these cases, it’s clear that the traditional methods of preventing and punishing drunk driving aren’t working, so some states are turning to technology for help.

In states like Illinois, motorists who have been charged with driving while drunk can have their car fitted with a camera that will monitor their behavior on the road, with the hope that this will prevent them from further DUI citations and unsafe driving.

The cost of a DUI

Having drunk drivers on the road is a huge risk to everyone’s safety. In almost half of all crashes, a driver will be intoxicated. Hundreds of people are involved in fatal crashes every year because of drunk drivers. There are both economic and emotional costs to drunk driving, and those who only get a DUI are the lucky ones compared to those who are involved in collisions.

We all know that getting a DUI means having to pay a huge fine, but there are a lot of hidden costs that we don’t always think about when turn the ignition key. Having a DUI on your record could threaten your employment, your personal relationships, and your privilege to drive. There are extra fees the come with a DUI that don’t show up on a ticket, as well, like higher insurance premiums.

If you find yourself slapped with a DUI, it’s important to consult a lawyer in order to avoid the extra costs of a conviction. Knowing your rights and preventing one DUI from affecting other areas of your life can be hard to do alone, so seeing a professional about your case can help a lot.