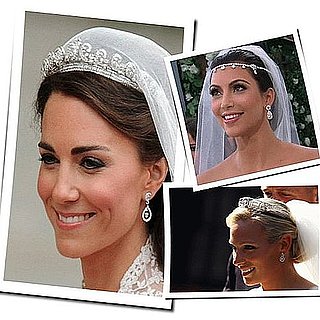 Apparently celebrities are hopping on the wedding train. Actors and actresses in Hollywood seem to think the next best trend is getting married … or this would appear to be the case.

With every new nuptial, weddings are getting more and more extravagant and expensive. We can barely keep up with all the current wedding styles. Trends are changing all the time among celebrities, and everyone else is fumbling just to keep up!

So, what has everyone talking about lately? Everyone’s talking about the five unique celebrity wedding trends that have become recently evident.

Actress Hillary Duff reportedly hung 55 chandeliers over the dance floor, which is simply outrageous. If you think about it, though, you might understand the significance of this.

Celebrities are used to being in the spotlight, so why wouldn’t they love extreme lighting? Nicole Richie and Joel Madden also enjoyed unique lighting with huge globe fixtures above the tables. But that is not the only eccentric thing they brought in for their special day.

Nicole Richie wed Joel Madden in a ceremony that was very extravagant, indeed. Animal print seemed to be the decor of choice. The furniture was done in leopard and the rest of the reception area was done up in the Bohemian style.

But that was not the only wild aspect of this wedding. Nicole actually requested a live elephant to be present for her nuptials. I guess it was whatever daddy’s little girl wanted, since the whole ceremony was hosted at the home of her father, Lionel Richie.

If that is not strange enough, there was one other thing perhaps even more odd than that. The drummer for the Black Keys, Patrick Carney, walked down the aisle accompanied by his beloved dog.

Celebrities are well-known for being eccentric. Not only is the decor sometimes very “out there,” but celebrities pride themselves on acting different from the norm. It probably would surprise no one to learn that Justin Timberlake serenaded his bride at their wedding. Megan Gillis and Robin Barker’s wedding ended with a concert performed by the groom.

Celebrities not only lavish themselves with beautiful decor. The food choices at celebrity weddings can also be ridiculously high-end. Some of the dessert selections have included French Macaroons, fancy cupcakes, and huge, compote-filled decadent cakes.

Blake Lively and Ryan Reynolds, wed in September 2012, enjoyed just this sort of spread after their nuptials. Guests of this celebrity couple enjoyed an entire desert buffet.

As for other celebrities, desserts played a huge part in their after-party as well. Actors such as Natalie Portman also enjoyed the delicacy of a French Macaroon or two, and Robert Irvine enjoyed playful cupcakes in chocolate chip and poppy seed.

The wedding of Kate Middleton and Prince William, which took place a couple years ago in April 2011, brought back sleeves. This may not sound like such an earth-shattering shift, but think again.

For decades, strapless dresses were the popular look for brides and bridesmaids alike. The inclination has returned for years since and is still popular in 2013.

As far as wedding gifts go, Kim Kardashian likely took the cake. Her tastes are so expensive that one of the gifts on her registry was a vase priced at $6,500. Wow! Celebrity gifts keep getting more expensive as time goes on.

What does this mean for the rest of us? General trends seem to follow what celebrities are doing. Who doesn’t want to do and wear what they are wearing? For the year 2014, we should expect to see more extravagant and immaculate wedding features. Stay tuned to see what Hollywood weddings focus on in the coming year.