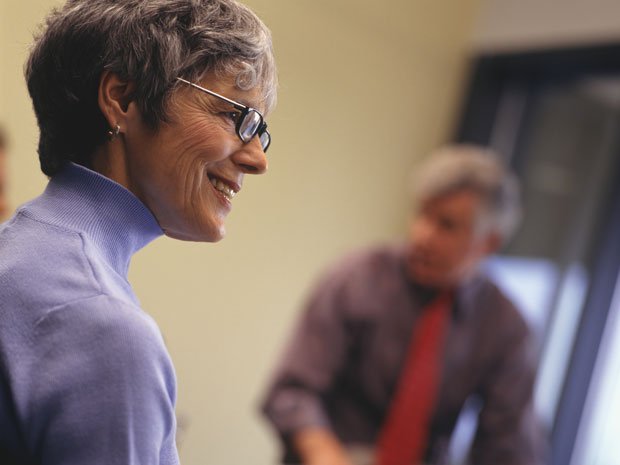 In the first quarter of 2013, 154,374 non-farm workers were separated from their jobs for more than 31 days according to the Bureau of Labor and Statistics. Of these people laid off, 21 percent were aged 55 or older.

And while the economy appears to be turning around and job numbers in general are up, Baby Boomers aren’t finding that getting back into the workplace is happening as fast as they’d like. And the numbers back up these sentiments as the Labor Department reports that the average duration of unemployment for older people was 53 weeks, compared with 19 weeks for teenagers.

People who are still reporting to their jobs every day not only fear the prospect of being laid off, they worry that they won’t have enough to last them through retirement. In a poll conducted by the Associated Press-NORC Center for Public Affairs Research it was found that 82 percent of respondents age 50 or older expected to work in some form after retirement.

“The survey illuminates an important shift in Americans’ attitudes toward work, aging, and retirement,” said Trevor Tompson, director of the AP-NORC Center. “Retirement is not only coming later in life, it no longer represents a complete exit from the workforce.”

Yet while some Baby Boomers have opted to find work with another company, a growing number of older people have decided to start their own business as a way to keep themselves afloat after leaving their jobs.

The annual entrepreneurial activity report published by Ewing Marion Kauffman Foundation found that the share of new entrepreneurs aged 55 to 64 increased from 14.3 percent in 1996 to 23.4 percent last year. Entrepreneurship among 45- to 54-year-olds saw a slight increase, and new business startups among younger age groups decreased over the same period of time.

The foundation doesn’t track startups by those 65 and older, but Bureau of Labor Statistics data shows that group has a higher rate of self-employment than any other age group.

“It’s become easier technologically and geographically to do this at older ages,” said Dane Stangler, the research and policy director at Kauffman. “We’ll see continued higher rates of entrepreneurship because of these demographic trends.”

Most of these business startups fall into the non-employer category, in which the business makes more than $1,000 in income and pays federal taxes but does not have additional employees.

In 2011, this type of business accounted for 75 percent of all small businesses in America and had $989.6 billion in total revenues. The average owner of one of these types of business makes $44,000 per year.

Combined with Social Security and retirement savings, this type of income is usually more than enough to help retirees and those who were laid off maintain a comfortable standard of living.

But not all Baby Boomers are jumping into entrepreneurship out of necessity. Paul Giannone, age 60, left his 35-year job in information technology to start a pizza parlor in New York called Paulie Gee’s.

“I wanted to do something that I could be proud of,” Giannone said. “I am the only one who makes decisions and I love that. I haven’t worked in three and a half years, that’s how it feels.”

Others, like 58-year-old Al Wilson, start their business while they are still employed. His company, Rowdock, makes calf protectors to help rowers guard against injuries called “track bites.”

Mary Furlong, who teaches entrepreneurship at Santa Clara University, says older adults are uniquely positioned for the move because they are often natural risk-takers who are passionate about challenges and driven by creativity. “The boomers,” she says, “are looking to entrepreneurship as a plan B.”