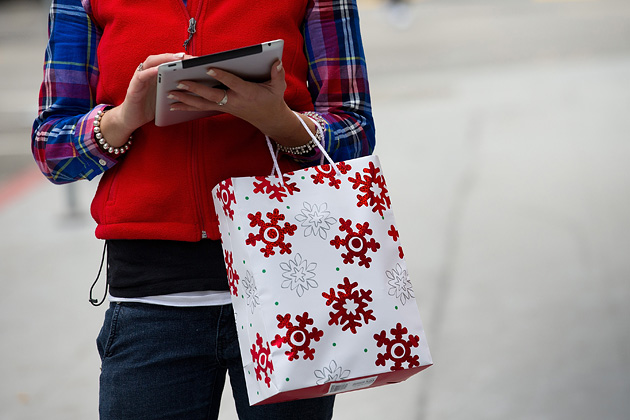 According to a survey conducted by the National Retail Foundation, the recent political turmoil in the United States has lowered consumer confidence to the point where holiday shopping budgets will be scaled back.

However, the survey reports projections of only a 2 percent drop in holiday shopping, not the same low numbers retailers have experienced in previous tumultuous years.

Despite the expected downtick in holiday spending, retailers on the Internet should stand to do fairly well this season. The same survey found that more people will be looking to shop online for gifts this season: about 39.5 percent, as opposed to last year’s 38.8 percent for online holiday shoppers.

Time to get things in order

Online retailers often don’t have to do all the dressing that bricks-and-mortar stores arrange during the holiday season. But that doesn’t mean e-commerce shops shouldn’t be getting ready for the rush.

In fact, experts believe October is the time when online store owners should get the ball rolling. This is the prime time to start marketing to customers with early promotions, social media, and email communications, to name a few.

Now’s the time to really drive value from your online communication by looking at the way lifecycle and promotional campaigns can augment each other. Even during this busy, often chaotic period, it pays to remember one simple rule, “relevancy = revenue,” says Lee Hawksley, managing director of Exact Target Australia.

And with more people looking to stretch their holiday shopping out over a few months, reaching out to customers right now will certainly help capture some of the 41.2 percent who told the survey they would start buying gifts before Halloween.

The end of November used to mark the launch of the holiday shopping season, but November has become the time of year when online retailers should be keeping in contact with current customers and trying to reach new ones. That’s because 40 percent of annual sales for most retailers happen between November and December.

As the shopping season winds down in December, online shoppers can be reached through last-minute deals, but also through gift suggestions and reminders sent via email or over social media channels.

What to expect for the 2013 season

With October half over, online retailers who haven’t begun preparations for their holiday customers need to get started, and that begins by understanding the trends expected to make a splash this year.

Early shopping was touched upon already, but with people expecting more government problems in mid-January, shoppers are starting earlier than ever to stretch their spending power.

Competitive pricing also stands out this year, as more consumers have learned how to use a wealth of web and smartphone apps to find the lowest prices. This price consciousness means that shoppers are more likely to be loyal to brands over retailers.

More online retailers have sprung up over the past few years as well and that means increased competition. With web applications making it simple to create an online store, more people have turned to Internet sales as a home business or as a way to supplement their income. Retailers need to make sure that they reach out to past customers and work to retain them.

Rounding out the list is personalization. According to Chris Hoell, Social Media Marketing Manager for Digital River MyCommerce, “Customizing communications to consumers is a trend sweeping through B2C marketing channels right now. You can now send your audience personalized communications based on what they have purchased from you in the past.

“Take the data you have and use it to help encourage more sales. Some estimates indicate that retailers are seeing anywhere from 15-25% increase in sales if their marketing communications feature some sort of personalized product recommendations.”