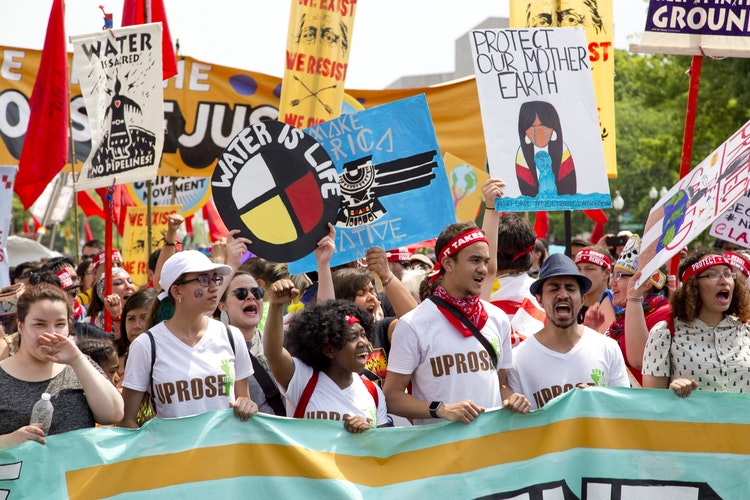 If you’ve ever been in a situation where your rights were violated, you know what it’s like to wish you had someone on your side to fight for you. Rights are violated every day, and often without resolution. Employees are often denied breaks, people’s voices are silenced, and kids are treated unfairly at school.

When it gets to be too much, there are people who will fight for your rights when you aren’t able to do it for yourself. Here are the top three groups of people that help bring justice to the world:

The American Civil Liberties Union (ACLU) defines an activist as “someone who is actively trying to improve the world by working on the issues that they care about. An activist can be from any race, gender, educational background or part of town. An activist is simply someone who cares enough to use his or her time and energy to work on an issue.”

The world is filled with activists from all walks of life, and many famous people who have passed on. You’ve probably heard of activists like Malcolm X, Martin Luther King Jr., Gandhi, and Rosa Parks. Their work is directly responsible for many of the freedoms we enjoy today.

According to the Huffington Post, there are plenty of contemporary activists causing a stir to precede change. This group includes people like Teresa Cheng, who mobilized a national campaign forcing Russell Athletics to rehire the 1,200 Honduran workers they fired when the workers unionized. The brand agreed not to fight workers’ efforts to unionize at their seven other factories in Honduras.

Lawyers get paid to argue cases with facts – with the intention to win – on a daily basis. They fight for personal injury compensation, defend those accused of a crime, and help couples going through a divorce. They also fight for First Amendment rights.

When someone’s rights are violated within another professional system, like the company they work for, their school, or even a public place, the professionals in charge don’t usually have the ability to make things right. At least, not to the victim’s satisfaction. Lawyers can, and they will fight for everyone’s rights.

Hazelwood v. Kuhlmeier (1988) demonstrates this perfectly. When journalism students at Hazelwood East High School tried to publish a couple of stories in the school paper The Spectrum, the administration deemed them inappropriate and prevented them from being printed. The stories involved students sharing their experiences with pregnancy and divorce.

In an article titled Why I Love Being A Lawyer, tax lawyer Jay Foonberg describes the case that made him realize why he loves being a lawyer. While in court for a calendar call one day, he ended up being appointed to represent a woman facing 22 counts of forging signatures on Social Security checks. He didn’t know anything about criminal law, but he met with the defendant anyway.

Foonberg discovered the woman’s husband was in the hospital and she had been instructed to sign his social security checks and deposit them into their account. She had a letter from her husband to prove it. Foonberg knew that her signature was authorized, and she had done nothing wrong. He got her case dismissed, and realized he became a lawyer to help people like her.

Lawyers even fight for clients in the court-martial system, which is vastly different than civilian courts. This system is reserved for Military personnel, and often results in harsher punishment.

The court-martial proceedings can also be harsher, and relying on a lawyer is an absolute must. “The accused has the absolute right to refuse trial by summary court-martial, though not to representation by an attorney. Under this system, there exists no right to produce evidence, call witnesses, cross-examine witnesses, or choose whether to testify or remain silent.”

If your rights are violated and your case ends up in court, an expert witness might help you win your case. While they don’t directly fight for you, they support you by sharing their expertise with the judge and jury. If you’ve been wrongly accused of a crime and the evidence being mounted against you doesn’t make sense, an expert witness will help sort it out. Their testimony can be the key to justice.