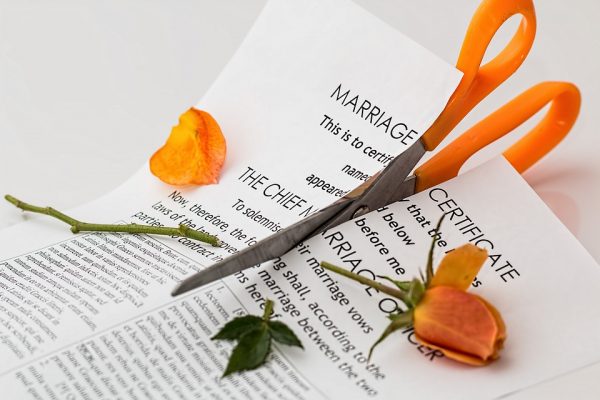 Going through a divorce can be tough for both spouses. It can also negatively impact the children. And what’s more devastating is when one spouse ends up with little funds for his daily sustenance.

So how can a couple part ways and ensure that they can be financially independent moving forward? How do they agree on the alimony and how much should it be?

It is normally the duty of the court to award spousal support or what is known as alimony to one spouse. The decision can be based on the agreement made by the couple or the court itself. Each state has a law specifying the factors courts must consider when setting the alimony.

An alimony is granted to one spouse, commonly the wife, as a way to prevent any economic impact caused by the divorce. The support is usually granted to a non-earning spouse or one who has a lower income than the other to help him or her continue the same standard of living they had while still married.

Based on the Uniform Marriage and Divorce Act, several factors are taken into account by courts in deciding about alimony, said divorce lawyer Steven Fernandez. These include the age, physical condition, emotional state and financial status of the spouses, their standard of living during marriage, length of marriage, length of time the recipient spouse would need for training or education to become self-sufficient and the financial capability of the payer spouse to support the recipient.

Alimony is paid in three ways – as a lump sum, in regular payments without a fixed end date for permanent alimony and based on an interim agreement which is considered a temporary alimony. In some states such as New Jersey, there is also a reimbursement alimony which is meant to reimburse one spouse for the time and support given to the other who has completed a degree or certification. Unlike child support which must be strictly complied, alimony enforcement can sometimes be taken for granted. In the event this happens, the recipient could file a contempt complaint in court to force payment.

The main purpose of an alimony is to provide financial support to a former spouse until such time that he or she become self-sufficient. It may be temporary but it can also be indefinite particularly if the divorce degree does not state when the support should end. Generally, though, the support is terminated once the recipient remarries.

It should also be noted that termination of spousal support is not automatic should the payer dies. This is possible if the recipient spouse is still not able to get employment because of age or a health condition. In this situation, the court can order that financial support be continued and to be taken from the payer’s estate or life insurance.

With this difficult scenario that a couple can face when they get divorced, couples who are planning to get married these days should be more open about their finances before tying the knot. They may consider a pre-nuptial agreement or post-nuptial agreement if they want to ensure that they can still have the assets they acquired before marriage or be able to gain financial support in the event of divorce particularly if one had to give up his or her career or business to raise the children and maintain the home.

Divorcing women, in particular, are advised to be very vigilant about their situation if they want to be in a sound financial state moving forward. They must also know what to do to protect their financial futures while still in their marriage.