When you think about the most amazing animals in the world, whales frequently come to mind. However, aside from their astonishing appearance, very few people truly understand just how incredible these animals are. Let’s check out seven crazy facts you probably didn’t know before reading this article. 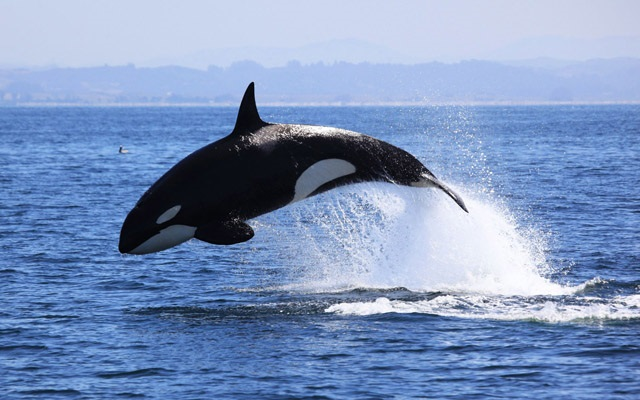 Who says humans are the only ones allowed to enjoy music? Well, it’s entirely possible that the beluga whale does, too. While not exactly the most scientific study, many choose to reference an experiment where a pair of artists set up a boat with an underwater sound system and then sailed out to sea in order to play music. The whales were very responsive and fascinated by the music.

If you want to see some visual proof of what this looks like, check out this mariachi band playing for a captive beluga.

While beluga whales – such as the one in the previous video – are known for being snowy white, they aren’t always this color. At birth, they are typically a grey-brown color. Their skin then lightens up as they age – becoming fully white around the age of eight.

3. Whales are Always on Display

There’s something totally different about seeing a whale in the wild versus seeing one in captivity. And did you know that seeing whales in their natural habitat is actually fairly easy?

Whale watching is a big industry today and there are a number of different places along the U.S. coast where you can take short excursions. Newport Beach is one of the top areas in the country.

4. Bowhead Whales Can Live for Centuries

In 2007, scientists found a dead bowhead whale and studied the creature. In their investigation, they came across an object embedded within it. After some analysis, they came to the conclusion that the object was a weapon fragment that dated all the way back to 1879. In other words, the whale survived a whaling attack from more than a century ago. And while most bowhead whales die between the ages of 60 and 90, there’s some research to suggest they can live as long as 211 years.

Some of us will resonate with the sperm whale. These whales reportedly spend seven percent of their lifetime drifting around the ocean inactive and unconscious. They’ve even been known to enjoy these naps while standing up vertically in the water. It’s a pretty funny sight to see.

The curvier beaked whale holds the official record for the mammal with the deepest and longest dive. Scientists have successfully tracked one of these whales diving roughly 9,816 feet down towards the bottom of the ocean floor and staying underwater for 138 minutes.

The Wonder of Whales

When you consider all of the ocean creatures, the whale is by far one of the more fascinating mammals. They are massive, smart, and visible for brief moments at a time. If you ever get the chance to go whale watching, you definitely don’t want to turn the offer down. It’s an incredible way to get up close and personal with these intriguing creatures.