When taking a trip to England, there are a plethora of things that will capture your attention. From Buckingham Palace and Big Ben to historic sites galore, there’s never a dull moment when touring the cities or countryside in the UK. One must-see destination in England is Liverpool. With so much to offer, you don’t want to miss out on this experience. Here are a few reasons why: 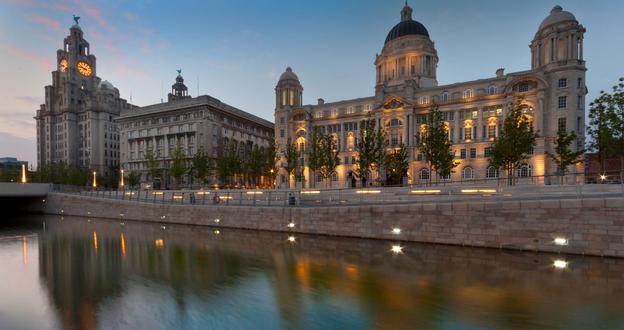 According to VisitLiverpool.com, “Liverpool is officially the World Capital of Pop, with more Number One hits than any other city.” As the birthplace of the Beatles, Liverpool has a long history of being on the cutting edge of new music. This tradition of musicality can still be seen on a daily basis with live music being performed almost every night at various locations.

While traditional food here isn’t that out of the ordinary for most Westerners, you still get a different experience by consuming it in its natural habitat. However, if you are a vegan or vegetarian, you may have to do some substituting when it comes to eating the traditional meals. According to PriceTravel.com, most dishes in Liverpool are served with meat including chicken, beef, lamb, pork or fish. And while the ingredients may not seem strange to most people, the names for the dishes are sure to make you smile. For example, some dishes are titled “Bubble and Squeak” or “Chocolate Junkyard,” reports Price Travel.

With so many world renowned people and events originating in Liverpool, it’s not surprising that the culture here is very strong. In fact, as told by Metro.co.uk, Liverpool won the award for “European Capital of Culture in 2008”, showing Europe’s true appreciation for the culture Liverpool has to offer. With massive events, beautiful cathedrals, and a lovely football arena, it’s hard to get away from the unique and expansive cultural impressions while in Liverpool, making it a perfect destination for those looking to become more cultured themselves.

Liverpool has a long and rich history. With its origins being traced all the way back to around 1190, much has happened in amazing city known for its large cathedrals and religious background, more recent musical history, and its association with the RMS Titanic. You can even find Titanic-themed rooms at the RMS Titanic Hotel, meant to “offer all the grandeur of the White Star liner.” In a city so well known for so many different historical people and events, you could spend days viewing and learning more about how Liverpool has helped to shape the world today.

England’s extensive past makes it the perfect place to visit for those looking to reconnect with ancient civilizations and ways of life. Furthermore, Liverpool adds a cultural epicenter and historical timeline unrivaled by other locations throughout the United Kingdom. So the next time you’re planning a trip, consider the above four reasons to visit Liverpool and experience something you can’t find anywhere else in the world.