Drinking and driving is a very polarizing topic in society. Whether you’ve driven under the influence in the past or know somebody who has been arrested for a DWI, everybody has a story that hits close to home. However, not everyone knows the facts regarding drinking and driving. There are so many myths floating around that either facilitate wrong information or mask the truth. As a friend and driver, it’s important that you
understand the truth.

The truth of the matter is that operating a vehicle while intoxicated is extremely dangerous. Not only do you put your own life at risk, but you also place dozens, or even hundreds, of other innocent bystanders and drivers at risk. Sadly, this fact isn’t enough to deter many people from making bad choices. 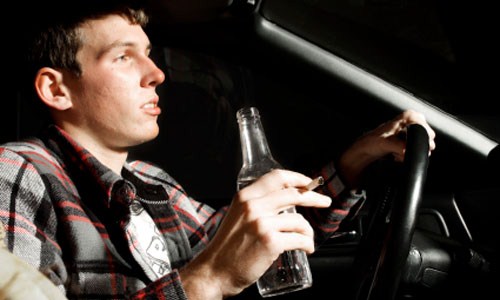 The statistics are striking and provide a sobering reality of the situation. And while statistics are pretty cut and dry, other details regarding alcohol, drinking, and driving while intoxicated aren’t so clear. Sadly, many misconceptions exist and it’s time to clear them up. Let’s take a look at what’s actually true regarding DWIs by studying some facts and myths.

Myth #1: Coffee or a cold shower can sober you up. This is a perpetuated myth that just won’t seem to die. For years people have been saying that you can drink coffee, take a cold shower, or exercise to ward off the effects of alcohol. This simply isn’t true. Time is the only thing that will make a person sober.

Fact #1: Blood tests are more accurate. While breathalyzers have come a long way over the years, they aren’t without error. They can only attempt to estimate your blood alcohol content level, since there is no actual blood taken. If you feel like your results are wrong, you can always request a blood test.

Myth #2: Breath mints can help you pass a breath test. On the contrary! Most law enforcement officials actually associate the smell of a mint or mouthwash with a driver trying to cover something up. Breathalyzers aren’t fooled either.

Fact #2: There is no drink limit rule. A lot of people like to claim that you can’t get a DUI if you only have one or two drinks. However, there is no “Two Drink Rule.” Everybody reacts differently to alcohol and breathalyzers can be unpredictable. According to Cohendwilawyer.com, the only way to not get a DWI is to not drink and drive.

Myth #3: Sucking on a penny can fool a breath test. There is a myth – or maybe even urban legend – that says sucking on a penny can negate a breath test. The logic is that the copper in the penny has the ability to confuse or negate a breathalyzer test. In reality, this is completely false, and breathalyzers can’t be tricked. As a side note, pennies are made primarily out of zinc today.

Fact #3: Refusing a breath test isn’t usually smart. You often hear about people refusing a breath test when they’re pulled over. The belief is that they may be able to sober up some on the way to the police station. However, according to the Tampa Police Department, “In some ways, a refusal could be more compelling evidence than a breath-alcohol test result.” In other words, refusing to take a test while on the scene likely indicates that you’re hiding something. In most cases, it’s best to take the test and potentially deal with disproving the
results later.

Myth #4: It won’t be me. This is the biggest myth of them all. Everyone always seems to think they won’t be the one to get a DWI. However, more than a million people are arrested annually for driving under the influence. Don’t be ignorant enough to think you can’t become part of that statistic.

Fact #4: DWIs kill. Above all else, remember that drinking and driving don’t mix. Every 53 minutes, someone in the United States is killed in a drunk driving accident. Help end that statistic; don’t facilitate it.

Everyone needs to learn the facts when it comes to drinking and driving. Next time you hear a friend or peer discuss one of these four myths, explain the truth and provide a fact. The only way to diminish DWIs is to educate drivers everywhere.