January flew by so fast. I haven’t even gotten over my post-Holiday hangover and February’s already looming on us. In case you missed it, here are some of the best content to be published in the 9Rules network for the week covering January 25 – 31.

80 Games Every Family Should Play

Bop It, and its successors, are popular, noisy handheld toys which encourage hand-eye coordination and are a lot of fun to play. They can be played solo or in various ‘pass it’ modes allowing two or more people to join in. The concept — to correctly follow spoken or sound effect instructions by pulling, twisting or otherwise manipulating the “Bop It” — sounds simple but can be surprisingly fiendish.

I gave my son a Bop It for Christmas and he absolutely loves it. This is a great training for hand-eye coordination and also teaches children how to correctly listen to instructions. All of the other games listed in the article are also very educational and/or fun, and it also encourages playing as a whole family, which is a big plus.

Mozilla has released Firefox 10, the latest iteration of its popular open-source Web browser for Windows, Mac, and Linux machines. Mozilla is committed to release a new version of the browser every 6 weeks.

What is new in version 10 is how Firefox handles extensions upon auto-updating to the new browser version. Firefox 10 for Android will have multitouch gesture support to the mobile browser.

Mozilla is really fully committed to their fast track release schedule for Firefox. It has recently released version 10 of the popular Mozilla Firefox browser. Time to update your browser if you’re using Firefox. Dear Mozilla, for the next version, could you please add an auto update feature? It will really help users.

8 Beers That Best Describe the Most Popular Social Networks

Today we raise a glass to Libatious, a social network for beer drinkers that launched today from its headquarters in Brooklyn, NY.  The site has a database of beers and breweries from all over the world for users to explore, bookmark and rate – an intriguing blend of Pinterest and Yelp.

In the real world, beer and social media go together like soda and pop rocks.  Just for fun, here’s a sampling of eight beers to pair with eight different social networks, inspired by the beers found on tap at Libatious.

Here’s a cool take on two things people love to do – visit their favorite social network service and drink beer. It’s a mashup of sorts, but the good and entertaining kind.

I’m still “moving in” and getting settled in my new sewing area (as well as the rest of the house, if the truth is told), and of course, I want a design wall of some sort. There is not a lot of room or empty wall space, but there is one wall that will do (ignoring the electrical socket and pass through right in the middle of it that I would never use anyway).

Decorating your home is a very involved project but one that is very fulfilling especially if you really transform your domicile into something really beautiful. Home projects are nothing to sneeze at so this article on decorating a wall is a great insight into what such a project entails not just in the technical aspects of it but the practical hands-on experience of doing the project.

The first two weeks of January 2012 has been very hectic for practically every one of us so Friday couldn’t come at a better time. The fact that it’s Friday the 13th today, the first of three such memorable date configurations for the year, makes this Friday a bit more memorable than your plain Vanilla Friday. Here are some of the most interesting content you should check out in our 9Rules Network.

According to the official blog, plans for a film adaptation of the original ?Code Geass: Lelouch of the Rebellion? TV anime series are underway.

At a recent press conference, producers Yukawa Atsushi and Yoshitaka Kawaguchi described the idea as a dream right before a display that read, “project has been launched,” was shown.

Code Geass has been a hit ever since it was released. I’m pretty sure that this film is going to be equally huge and will be lapped up by the hordes of Code Geass fans.

The Highs and Lows (of making art)

I’ve always been aware that part of my purpose in creating art is to explore the control of chaos. Sometimes I think it’s a microcosm of my life. I hate not having control, and I hate being surprised. I like to make changes in my life, not be subjected to the shock of them.

Launch of Apple iPhone 4S In China Spoilt By Eggs

Apple store in Beijing, China, stopped the sale of the new iPhone 4s due to scalpers. This action prompted an irate customer to throw eggs at the glass windows, and leaving others disappointed after waiting for a number of hours.

I understand that Apple’s iPhone is the most popular smartphone on the planet, able to inspire acts of utter stupidity. Just take this incident for example. What I want to know though is how this irate customer got hold of eggs. Did he bring the eggs with him adhering to the scout motto of always being prepared – anticipating the need for something icky to throw at stores? Or is he an egg vendor who happened who just happened to be bringing his stock of eggs while lining up for an iPhone 4s? 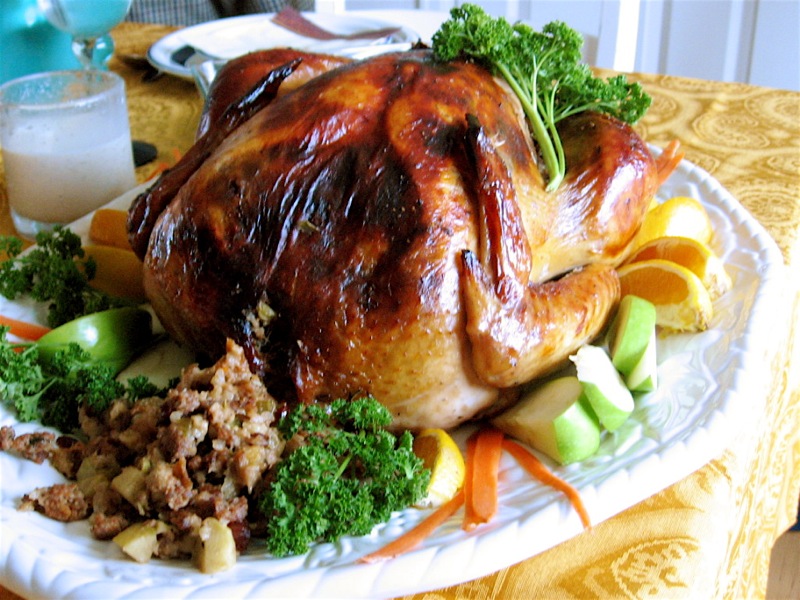 We at 9rules (even the ones outside the US who aren’t taking a well-deserved holiday) would like to wish everyone a very happy Thanksgiving.

You know, no matter where you live, it’s always good to stop, take stock, and find at least one thing to be thankful for.

Oh, and eat lots of food, too!

Here’s a selection of our 9rulers enjoying Thanksgiving. Have a great one!

As another way of showcasing some of the great content to be found on the 9rules network, we’ll be taking a look across the network a couple of times each week, picking out some of our favourite posts on particular topics.

We kick off with everything tech.

First up, an interesting experiment by Eric at SchwarzTech, who lived off his iBook G3 while his MacBook Pro was in for repair. Take a look at his experience plus a few tips for any other Mac users planning to dig out a hardware relic.

Plenty of tutorials doing the rounds this week, including how to set up Ubuntu to synchronise its time over the Internet, tweaking the Windows 7 Taskbar, blocking someone on Facebook and adding topics to Google News.

There’s also a very definite pro-Windows 7 article that sticks it to Mac fanboys.

Jan Oda has written an interesting article about using Twitter for writing web fiction, in which she describes the myriad of useful things she’s used the microblogging service for, including contacting other fiction authors, finding poems and digital art, and then explains the basics of Twitter in a way that’s relevant to writers.

Get Elastic has written a really good feature on how website performance impacts shopper behaviour — even if your site isn’t a shopping site per se, upping performance is sure to improve visitor experience and loyalty.

Did you have a favourite post in 9rules tech world this week?

If you’ve been following 9rules for some time, you’ll remember the story of a local Toyota dealership using the 9rules leaf for some of its publicity merchandise.

Though Toyota took the logo down (and subsequently put it back, it seems other companies are happy to do the same.

Take the South African shopping mall Parkview Centre, which has emblazoned a near-identical 9rules leaf on its building and marketing literature.