Are you working on forming healthy habits? Consider adding green tea – either piping hot or refreshingly iced – to your daily repertoire. Chock-full of antioxidants, green tea offers a wide range of benefits for your health. It can help lower your risk for heart disease, cancer, and Alzheimer’s. Don’t take our word for it, though – take a look at the research. 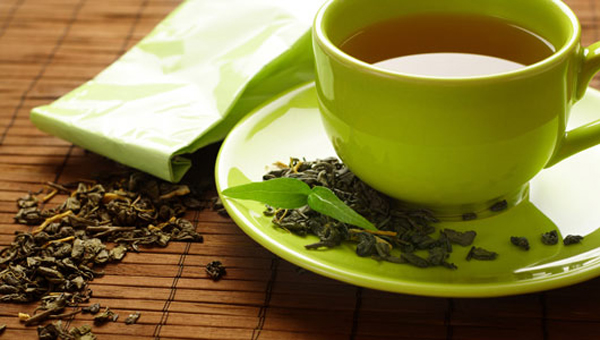 During cold and flu season, green tea can provide a welcome immune boost. Green tea leaves have long been recognized for their antiviral properties. In fact, according to decades of research, this natural remedy actually changes the structure of viral cells, suppressing their ability to infect other cells.

In one study, 197 healthcare workers were examined over a five-month period during winter. One group of 98 subjects took green tea capsules, while the control group of 99 participants received a placebo. Both sets of participants were to report on their experience of flu-like symptoms over the course of the study. Green tea was shown to provide more than threefold protection against contracting an illness.

Brain Stimulation and Protection Against Dementia

The primary active ingredient in green tea is caffeine – but the caveat is that it contains far less caffeine than coffee or black tea. The stimulant is just enough to wake up your brain without making you feel jittery or anxious. In small amounts, caffeine can uplift your mood, improve concentration, and help you remember things better.

Green tea also has the benefit of the amino acid L-theanine, which helps improve brain function – even as you age. Alzheimer’s is the most common neurodegenerative disease in humans, with Parkinson’s following as the second most common. According to numerous studies, catechin compounds in green tea help protect the neurons in the brain, reducing the risk of these two disorders.

Noticing that the rate of cancer is lower in countries that consume a lot of green tea, scientists began studying the possible correlation. The National Cancer Institute explains that the polyphenols in green tea have, in laboratory studies, shown to be effective in preventing damage caused by ultraviolet radiation.

Scientists aren’t yet sure about whether the lower rates of cancer are caused by green tea per se, or whether other lifestyle factors are the main benefit. However, clinical studies have compared people who drink large amounts of green tea to those who drink none – and found that those who drink the most green tea are 50 percent less likely to develop pancreatic cancer.

Studies have also shown positive impacts of green tea on other types of cancer, including breast, bladder, colorectal, esophageal, lung, prostate, ovarian, and stomach cancer. Researchers have theorized that the high level of polyphenols kill cancerous cells and can stop them from growing. More research is needed to fully assess the way tea interacts with cancerous cells.

If nothing else, drinking green tea is an excellent way to take a breather and relax. One of the best health benefits of green tea is that boiling water and steeping tea will force you to slow down, be intentional, and take a break from the stress of the rest of the world.

Take a tea break today and experience the calming effect for yourself.