When you’re young, rich and famous, it’s easy to be tempted to break the rules such as abuse alcoholic drinks and drugs like there’s no tomorrow. This is a reality in Hollywood particularly among celebrities, both males and females. It’s just unfortunate that some of them tend to forget that they’re being looked up as role models by their fans. 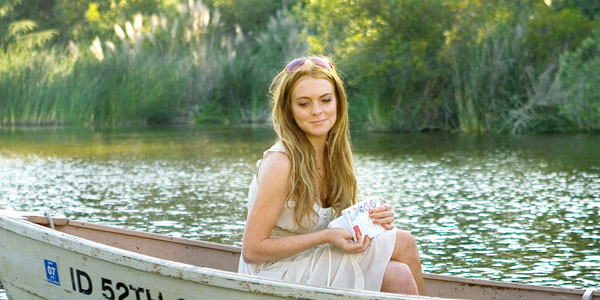 In recent years, there have been quite a number of young female celebrities who hogged the limelight owing to their problems with alcoholism and drug addiction. Some even went back and forth to rehab centers.

Actress, singer-songwriter and model Lindsay Lohan lost several movie projects due to her alcoholism problem. She was caught twice driving under influence in 2007 and went into rehab three times between the years 2010 and 2013. She also had to face legal problems as a result of her misdemeanors and probation violations.

This former contestant of Dancing with the Stars and panelist of E!’s Fashion Police started abusing prescription drugs during her teen years. Did you know she was taking up to 50 tablets of Vicodin on a daily basis at age 17?

Kelly Osbourne said her drug addiction got worse after her mother was diagnosed with cancer. The 31-year-old celebrity went into rehab four times and in 2009, she finally declared that she’s hopeful of her recovery and that she wanted to grab the second chance at her life and career.

This former child star was already in rehab at a very young of age due to substance abuse. Coming from a family of actors, Drew Barrymore was destined to become a star herself.

Unfortunately, stardom at an early age did not have a good effect on the actress as she got into drugs. At 12, she was already using cocaine, the main reason why she went into rehab and never finished school.

Singer and actress Selena Gomez admitted to going to rehab, not for substance or alcohol abuse though, but rather to find herself. The 21-year-old Hollywood star said although her mother was there to guide her and keep her grounded, there were people who she felt was putting a lot of her pressure on her.

Speaking during the We Day conference in Oakland, California in 2014, Gomez said that the pressures that surrounded her daily was too much to take that she decided to enter rehab. “I had given into that pressure that I lost sight of who I was. I listened to the opinions of people and tried to change myself thinking that it would make people accept me,” she added.

Scott Silverman of the San Diego Addiction Treatment Center said “the success of a treatment program depends on the patient’s attitude.” He added that behavioral therapy is the second step towards recovery.

Demi Lovato had a three-month stint in a rehab in 2010 due to physical and emotional issues. The 22-year-old singer and actress revealed last year that she almost went back to rehab because of an eating disorder. She said that her issue was that she was obsessing over food and terrified about it at the same time. Fortunately, she was able to recover and is now following healthy eating habits and doing exercise to keep herself fit.