Technology has impacted our lives in ways more significant than making communication easier and more enjoyable. The health technology sector, in particular, has saved many lives, perhaps changing even more in positive ways. In the recently concluded Apple keynote, for example, the iOS 8 HealthKit highlights the integration of technology in our lives to improve health and well-being.

But Apple is not the only tech company jumping into the health business, with FitBit and other fitness gadgets being popular these days. More importantly, however, are the advances being made in organ transplants, which have saved countless lives.

The first ever organ transplant was done in 1954 by Dr. Joseph Murray and Dr. David Hume at Brigham Hospital in Boston. That transplant involved a kidney that was donated by the identical twin of the recipient. Since then, organ transplant has come such a long way, with organs such as the liver, the lungs, and even the heart being transplanted. 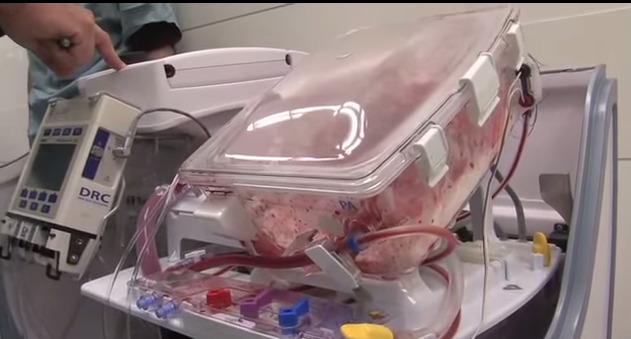 The traditional practice of transplants involve freezing the donor organ prior to transplanting to the recipient. One critical development in this area is called the “Lungs in a Box” technology from TransMedics, which actually makes use of organs which are kept “alive” and functioning prior to transplanting, as opposed to being frozen. The first ever breathing lung transplant in the U.S. was performed at UCLA.

Dr. Mark Plunkett, who is involved in research and clinical support on the project, is very enthusiastic about the possibilities of this new technology. He shares:

Transmedics envision having all of organ transplantation one day performed using this box technology where you keep organs functioning and “alive” during transport.  The implications of this technology are staggering. These might hold the key to longer, more successful lives after lung transplants. There is a lot more to learn, but the demand for this kind of technology isn’t going to go away.

The important element here is that, by keeping the lung in a near physiologic state using the OCS LUNG technology (Organ Care System), the lives of the recipients are expected to be longer and better, as opposed to traditional transplants.

As Dr. Mark Plunkett emphasizes, “For any surgeon, whatever can give the patient the best chance for a long, healthy life after transplant has to be considered paramount.”

Additionally, based on clinical trials, “Lungs in a Box” technology seems to overcome common complications that arise from traditional transplants, one of which is the possibility of reconditioning imperfect lungs so that they can be used for transplant. This makes the number of potential donors higher.

With the huge implications and potential that “Lungs in a Box” offers everyone, the new technology has caught the attention of media, giving people hope of a better life in spite of diseases that are usually terminal and painful. While The NY Daily News highlights that the OCS is still an “investigational device”, meaning that more studies and tests need to be done, it does show excitement about the future of the technology. NPR, another well-respected media outlet mentions that the technology is being tested in eight hospitals across the United States.

Indeed, this is one of those technological developments that we can be truly grateful for. Even more, if “Lungs in the Box” becomes the new standard in organ transplants, more people’s lives can be saved by using other organs which are “alive” during transport and transplant procedures.

While you enjoy all the fitness, health, and well-being gadgets that are being released left and right and available even at your local Walmart branch, technology such as “Lungs in a Box” is one of those that may save your own life in the future. You never know.

Here’s a short video clip to show you more on how the technology works. You’ll be amazed.